If you have not read Gretchen Reynolds articles for the NY Times (April 18, 2012)- do so! Here is a summary:

We have all heard about the beneficial relationship between physical activity and brainpower; but to what extent does this link hold true? According to researchers at the Beckman Institute this relationship is profound. Recently scientists have proven that there is both a decrease in physical shrinkage of the brain and an increase in the brain’s cognitive flexibility, in individuals who exercise on a regular basis. According to the latest neuroscience findings, exercise does even more than thinking does to boost your brainpower!

In order to further support these findings, a psychology professor at the Beckman Institute for Advanced Science & Technology at the University of Illinois, set up 4 groups of mice and placed them into 4 unique environments. Before the experiment, each mouse was tested using a series of cognitive tests where the researchers even injected them with a substance that tracked changes in brain activity of the mice.  In the first cage the mice were provided with lavish food and flavored water, brightly colored toys, mirrors and plastic tunnels. In the second cage, the mice were also given these luxuries plus running wheels in their cage. The third group of mice was given ordinary food and they were given nothing special in terms of toys and extras. The fourth group’s home only had running wheels with no special food or play items.  The mice were allowed to freely play, rest, eat, etc depending on the type of cage they were in for several months. At the end, the researchers ran the same cognitive tests on the mice and also examined their brain tissues. The results were amazing. According to Rhodes, only one thing mattered; “and that’s whether they had a running wheel.” Rhodes concluded that the mice that had exercised, no matter what their surrounding environment was like, had healthier brains and achieved higher results on cognitive tests than the other mice. Rhodes stated that although the mice enjoyed the toys and enriched environments, none of that mattered if they did not exercise. In other words, unless they choose to exercise they did not increase their brainpower.

Since the brain is like all other muscles and organs, it will decline with age and underuse. Engaging in physical activity has been proven to slow this process and reverse this breakdown in the same way it does with our muscles. For more information on the correlation between exercise and elementary age students, check out our research section! 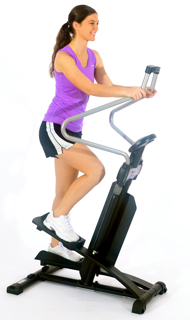