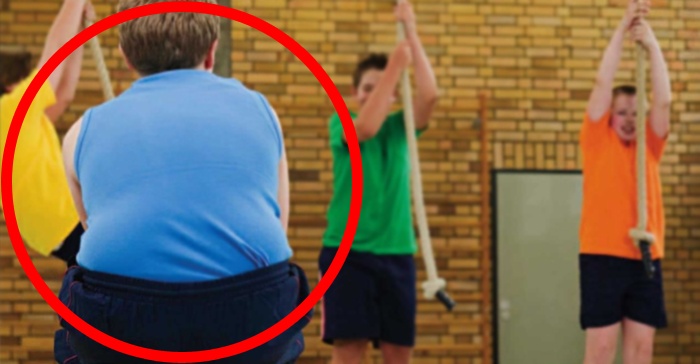 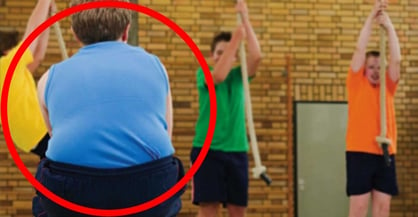 WEDNESDAY, May 25, 2016 (HealthDay News) --      As early as first grade, severely obese children are getting teased, picked on and bullied more than normal-weight kids, a new study finds. The new research also found that these severely obese youngsters are more likely to be depressed and withdrawn. Obese children may turn to eating to cope with the pain of rejection or skip school to avoid being bullied, the researchers said.

"The social climate at school can exacerbate weight and learning problems because it is so unpleasant," said lead researcher Amanda Harrist, a professor of child development at Oklahoma State University in Stillwater. For many obese kids, home may not be much better, she said. Other studies have shown that obese children often have families that don't handle their emotions well and make fun of their kids' feelings, Harrist said.

"At school, these kids are teased and picked on, and nobody is playing with them, and they go home and don't get emotional support," she said. Teachers need to be sensitive to the fact that these kids are being mistreated, Harrist said. But teachers can be biased against obese children, too -- even overweight teachers are sometimes biased, she added.

School programs that focus on accepting people who are different may be one way of overcoming weight bias and improving the school environment for obese kids, Harrist said. "If teachers are aware of the social and emotional life of overweight children, they can make the school environment a place where these children feel OK about themselves, and give them more chance of succeeding," she suggested.

According to Dr. Scott Kahan, director of the National Center for Weight and Wellness, "Addressing obesity isn't only about healthy foods and physical activity -- we need to deal with these consequences of obesity." Kahan is also a spokesman for the Obesity Society.

From adults to adolescents to young children, there is an incredible amount of stigma, mistreatment and ostracizing of obese people, said Kahan, who was not involved with the new study. "Weight stigma leads to poor health outcomes -- from physical outcomes, like raising blood pressure and stress -- to emotional health outcomes, like depression, poor quality of life and, ultimately, more weight gain," Kahan said.

For the study, Harrist and colleagues gathered data on nearly 1,200 first graders from 29 rural schools in Oklahoma. Rates of obesity among adults in the counties where the children lived ranged from 28 percent to 41 percent. Most of the students came from low-income white families, but about 20 percent of the kids came from American Indian families. Obese children are those who weigh more than 95 percent of children their same age, the researchers said. Severely obese children are heavier than 99 percent of kids their age, they added.

The investigators found that the heaviest children suffered most. Severely obese kids were teased more than overweight kids and weren't mentioned by other children as those they wanted to play with, the study authors said. Severely obese children were often identified as least favorite playmates and were rarely mentioned as a most favorite playmate, the findings showed. Consequently, severely obese children had more teacher-rated symptoms of depression than overweight and healthy weight children, the study authors said. Compared with other children, obese and severely obese children were more likely to complain of physical problems, such as pain, and also went to the school nurse more often. These physical problems may be the result of psychological stress, Harrist said. The report was published in the journal Child Development.

"Obesity persists as one of the last bastions of socially acceptable prejudice, in large measure because many people feel the victims of this condition deserve to be blamed for it," said Dr. David Katz. He is director of the Yale University Prevention Research Center and president of the American College of Lifestyle Medicine.

"This quite sad study shows that even young children are subject to obesity bias, which quite literally adds insult to injury," he said. Fixing obesity bias can start with any of us, beginning with compassionate understanding, Katz said.

"When we stop blaming the victims of the obesity epidemic, our children will learn to do likewise," he said. "We will still have miles to go to undo the injury of obesity, but we can stop adding the insult any time we decide."