Whether computerized games designed by psychologists and neuroscientists can literally make people smarter has been hotly debated by scientists, with a small but outspoken cadre of skeptics demanding stronger proof. Now two new studies have found the kind of real-world benefits from the brain-training games that skeptics have been calling for.

The first, published today in the Proceedings of the National Academy of Sciences, found that less than six hours of brain games played over the course of 10 weeks enabled poor first-graders who attend school irregularly due to family problems to catch up with their regularly-attending peers in math and language grades.

The second, presented over the weekend at the Cognitive Neuroscience Society meeting in Boston, combined the results of 13 previous studies of computerized brain-training in young adults to conclude that training significantly enhances fluid intelligence—the fundamental human ability to detect patterns, reason, and learn.  That is, practicing the games literally makes people smarter. 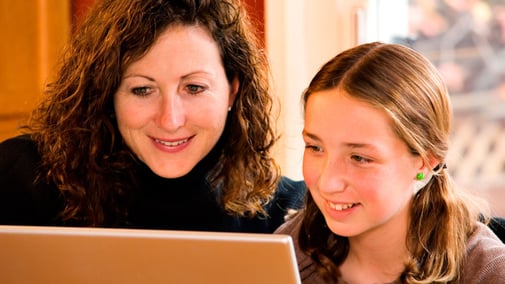 Together with other recent studies demonstrating real-world benefits of brain training in healthy older adults, preschoolers, and school children with ADHD, the new papers appear to provide fresh ammunition to psychologists and neuroscientists whose research has been under attack by a handful of skeptics who insist that the training is a waste of time.

“Here’s what the critics have asked for,” said Jason M. Chein, associate professor of psychology and principal investigator of the Temple University Neurocognition Lab in Philadelphia. “They have said these studies don’t translate into real-world benefits. But in the hands of these scientists, the effects look positive.”

Even one of the most outspoken critics, who has published critical studies of training in academic journals and opinion pieces in The New York Times, offered muted praise for the new study of first graders.

Children whose school attendance was erratic improved enough in language and math for their grades to catch up with their classmates'.

“This is a step in the right direction: a study looking at whether this stuff actually transfers to academic performance,” said D. Zachary Hambrick, professor of psychology at Michigan State University. But because the study of first graders had methodological weaknesses and statistical oddities, he added, “It has to be replicated. I don’t find the results to be compelling.”

The study involved 111 impoverished first-graders living in the slums of Buenos Aires, Argentina. They were taken out of their classrooms for 15 minutes at a time, up to three times per week, for 10 weeks, to play either ordinary computer games or specially designed games intended to increase attention, planning, and working memory. Children who attended school regularly saw no significant gain on their school grades associated with the training. But those whose school attendance was erratic, presumably due to disordered home environments, improved enough in language and math for their grades to catch up with their classmates’.

“With very brief training, we improved the language and math grades of children who have problems at home,” said the senior author, Andrea P. Goldin, a research scientist at the Integrative Neuroscience Laboratory at the University of Buenos Aires. “That’s what we are very excited about, because we are helping to equalize a bit the opportunities these children have.” READ FULL ARTICLE HERE

Although this does not show definitive evidence, we think the research is headed in the right direction and we may be seeing a stronger connection to brain training games and children's ability to perform in school, and even increasing student attendance?! Keep the studies coming....