Poverty and the Brain

Did you know the effcts of an upbringing in poverty reduce the surface area of some parts of the brain?

In the picture below, taken from The Scientific American article "This is your Brain on Poverty, the pink regions represent areas of the brain involved in cognitive processing, the areas that are negatively affected by poverty.

The article goes on to discuss what they call "the wealth effect" which concluded that children tended to do better on cognitive skills when socioeconomic status (SES) was higher. SES was the defining factor between the differences in language tests, specifically about 1/3 of a difference in scores. 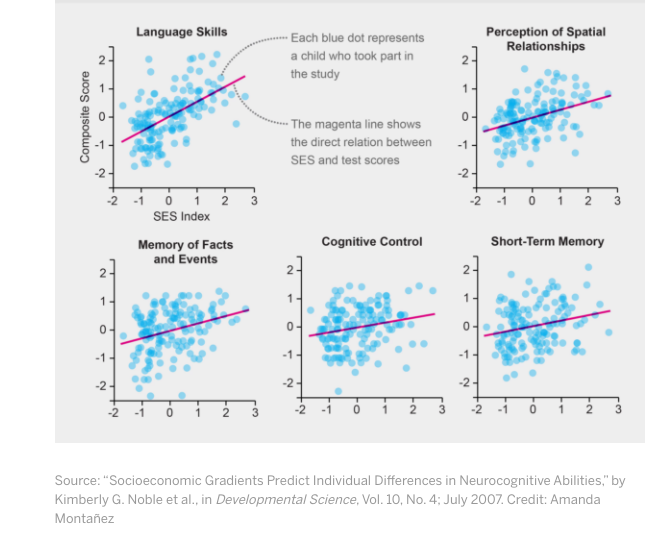 To read more about the brain on poverty you can access the full article below: