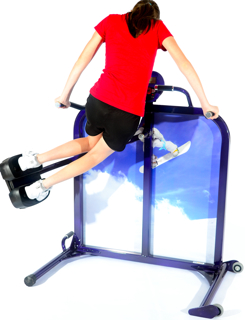 The Benefits of Kids Fitness

Researchers Kathryn L. King, MD and Carly J. Schaholl, DO, pediatric residents at the Medical University of South Carolina Children's Hospital, sought to determine how implementing a daily physical activity program that incorporated classroom lessons would affect student achievement. First- through sixth- graders at an academically low scoring elementary school in Charleston, S.C., took part in the program 40 minutes a day, five days a week. Prior to initiation of the progrsm, students spent 40 minutes per week in physical education classes.

The results showed that the time spent out of a traditional classroom in order to increase physical education did not hurt students' academic achievement. In fact, student test scores improved. Specifically, the percentage of students reaching their goal on the state tests increased from 55 percent before the program was initiated, to 68.5 percent after the program was initiated.

"These data indicate that when carefully designed physical education programs are put into practice, children's academic achievement does not suffer," Dr. King said.

"More studies are needed," Dr. Scahill added, "but there is growing substantial evidence that this kind of physical activity may help improve academic behavior, cognitve skills and attitudes."

The above story is prerinted (with editorial adaptations by ScienceDaily staff) from materials provied by American Academy of Pediatrics, via EurekAlert!, a service of AAAS.