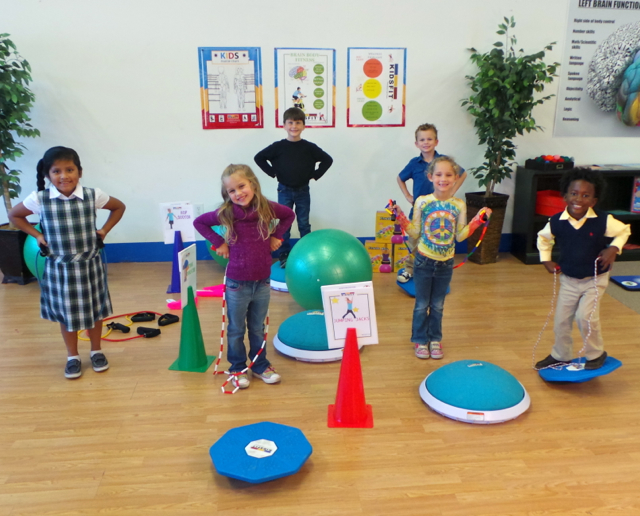 The Effects of Active Play

Oftentimes, when parents leave their children at school or at daycare, they think their children will be able to run around and play to their heart’s content so they can be calm once picked up. Unfortunately, this isn’t the case.

Most of the time, children have no chance to move their bodies until after they get home since schools and daycares across the nation have moved to a sedentary learning style; where kids sit still for hours at a time while teachers go on about their lecture. In turn, we have also seen a decrease in test scores.

So…why is that? One would think if the child is sitting still and listening to the teacher, he should be able to comprehend what is going on. After all, when you see a class full of students sitting still and diligently listening, we assume it is a class of well-behaved students studying to get the best out of their education. Then they get to run around for an hour during P.E. Everyone's happy. Studies are increasingly pointing out that this is not the case.

Children with not physiological components to their lives tend to perform poorly academically. That means the child that goes from the car seat to the desk and back to the car seat with no chance to move around is more likely to have lower test scores. They were made to move around! So why is it that we continue to confine them to a desk and force them to sit still?

Our school systems are set up so the teacher can teach in the most efficient way possible. So every child is at a desk while the teacher goes through the lesson and more or less has to hope the students understand it by the end of the day/period, because they may have to move on to the next lesson the next time they see each other. In truth, we have made our children adapt to the teacher rather than the teacher adapt to his or her students. Why would we do that? The teacher is not the one who needs to understand the information. He or she already knows it! We need to change how the classroom works to help students better understand the concept; and the easiest way to do that is to get our students moving.

If children lack certain physiological skills, it shows during class. For example: if a child is not able to write letters/words in a straight line on a page, it is possible he or she does not know where they are in space. To gauge that, you could have a child roll on a mat like a log. If they roll off the top or bottom portion of the mat before getting all the way to the other side, they probably write in that direction. In other words, instead of writing straight from left to right on a page, a child maybe writes from left to top right. If you were to allow them to roll on the mat a few times, they would probably roll off the top of the mat before hitting the far right side. By making a physical version of what we do every day, children will better grasp basic skills such as reading and writing while having fun and burning off some pent-up energy and calories.

So where’s the proof?

A study done by the University of Illinois at Urbana-Champaign and Vrije Universiteit in Amsterdam in 2006 suggests links between exercise and improved brain function. “Physical activity may be beneficial to cognition during early and middle periods of the human lifespan and may continue to protect against age-related loss of cognitive function during older adulthood,” said Charles H. Hillman, a U. of I. professor of kinesiology and of community health and the lead author of the study, published in the journal Health Psychology.

Hillman said the findings support the need to promote the benefits of regular exercise across the lifespan, beginning in childhood. And, he said, more research is needed to gain a better understanding of the relationship between physical activity and cognition for people of all ages.

"It is important to begin studying individuals during early adulthood, and especially childhood, as early intervention may be more beneficial. That is, why wait until individuals are older and have been sedentary to intervene? Why not demonstrate the prophylactic effects of exercise on cognition at an earlier age, if there is indeed an effect?"

(Please go to Science Daily to see the full article from which this was originally posted.)

So we – as role models, educators and parents – should adapt to our children. We should help them build the necessary skills needed to thrive in the working world. And we should do it without confining them to a desk, because they were meant to move around…and we can help them expand their brains by letting them move their bodies.